You are here:
Sandy Springs’ Growth: Merry and Bright? 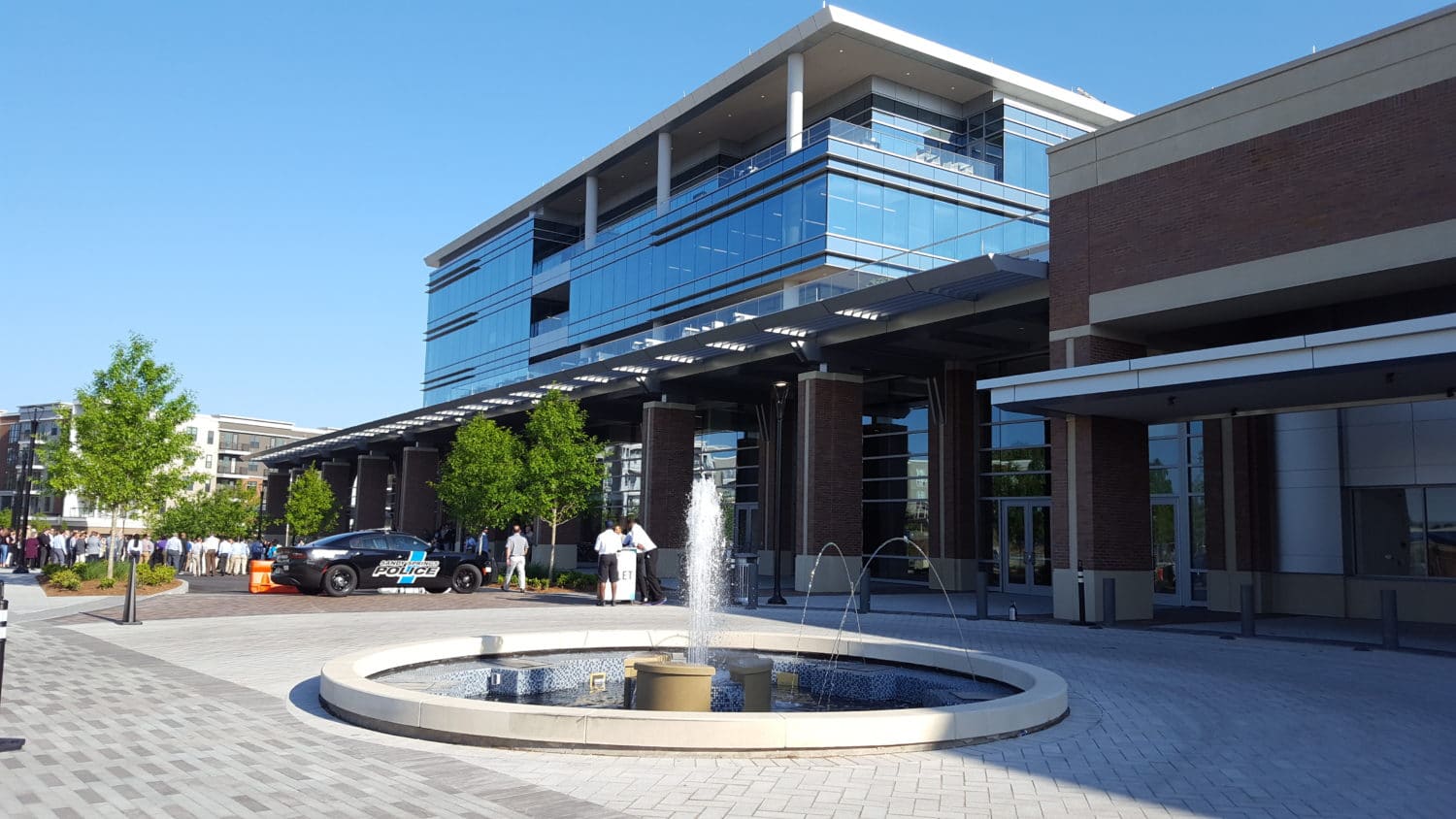 December can be a dark month, but its saving grace is the festive holiday lights. Everything is lit up and alive with energy. And as a long-time resident of Sandy Springs, I can honestly say Sandy Springs is really lighting up as well.

I started talking about Sandy Springs’ growth two years ago in my blog “Atlanta’s Edge Cities Develop New City Centers.” Then, City Springs was in development. Now, it’s the city’s civic and cultural heartbeat. Efforts to revitalize retail and affordable housing are occurring in the city’s North End, as companies locate HQ’s to the area. Although Sandy Springs’ growth presents some challenges, it’s happening in a big, bright way.

It’s important to have a town center, and Sandy Springs has built one. At City Springs, City Hall is the anchor to a walkable, livable downtown with theaters, restaurants, retail, apartments and a 4-acre City Green. Events appeal to a diverse crowd, like the 6th Annual Atlanta Kosher BBQ Festival, the Harvest Music Festival and the Veteran’s Day Celebration Concert, creating a real sense of place. City Springs is also celebrating the holidays with Sparkle Sandy Springs and an Atlanta Symphony Orchestra New Year’s Eve Celebration.

City leadership is committed to revitalizing healthy retail and affordable living in the city’s north end. The North End Revitalization Task Force has been working this year “to develop a vision and plan for redevelopment that are shared by the residents and private interests in the area—and will benefit the city as a whole,” according to a city staff memo. There’s a real effort to provide workforce housing—for teachers, police and firefighters—so professionals who work in Sandy Springs can afford to live in Sandy Springs.

And there’s a plan in place to be smart about Sandy Springs’ growth. In 2017, the City adopted the Next Ten Comprehensive Plan, which serves as a guide for land use and redevelopment in the city.

Challenges: Every City Has Them

While growth is positive, it presents challenges. One of the biggest is affordable housing. Sandy Springs’ median home price is $500,000 compared to metro Atlanta’s $227,500, and Sandy Springs’ average monthly rent is $1,402 compared to Atlanta’s $879 per month, according to an AJC article. The Task Force suggested converting older apartment complexes to mixed-income housing as a potential solution.

The traffic on Roswell Road is another major issue. Sandy Springs will not be able to achieve its true potential if it’s unable to solve this problem. The use of roundabouts and the major I-285 and GA 400 interchange update should improve circulation, but I wonder if it will be enough. Better connectivity to the MARTA stations also needs addressing.

And, in spite of Sandy Springs’ wealth, the percentage of families living in poverty has increased to almost 12% as housing in Atlanta’s inner-city neighborhoods has become too expensive.

After the bright lights of December comes a dark, cold January. However, with a sparkling new City Center and an energized commitment to growing a diverse and vibrant community, Sandy Springs’ future seems to be merry and bright.

What’s your take on Sandy Springs’ growth? Leave a comment.