You are here:
Can Struggling Atlanta Malls Be Reimagined? 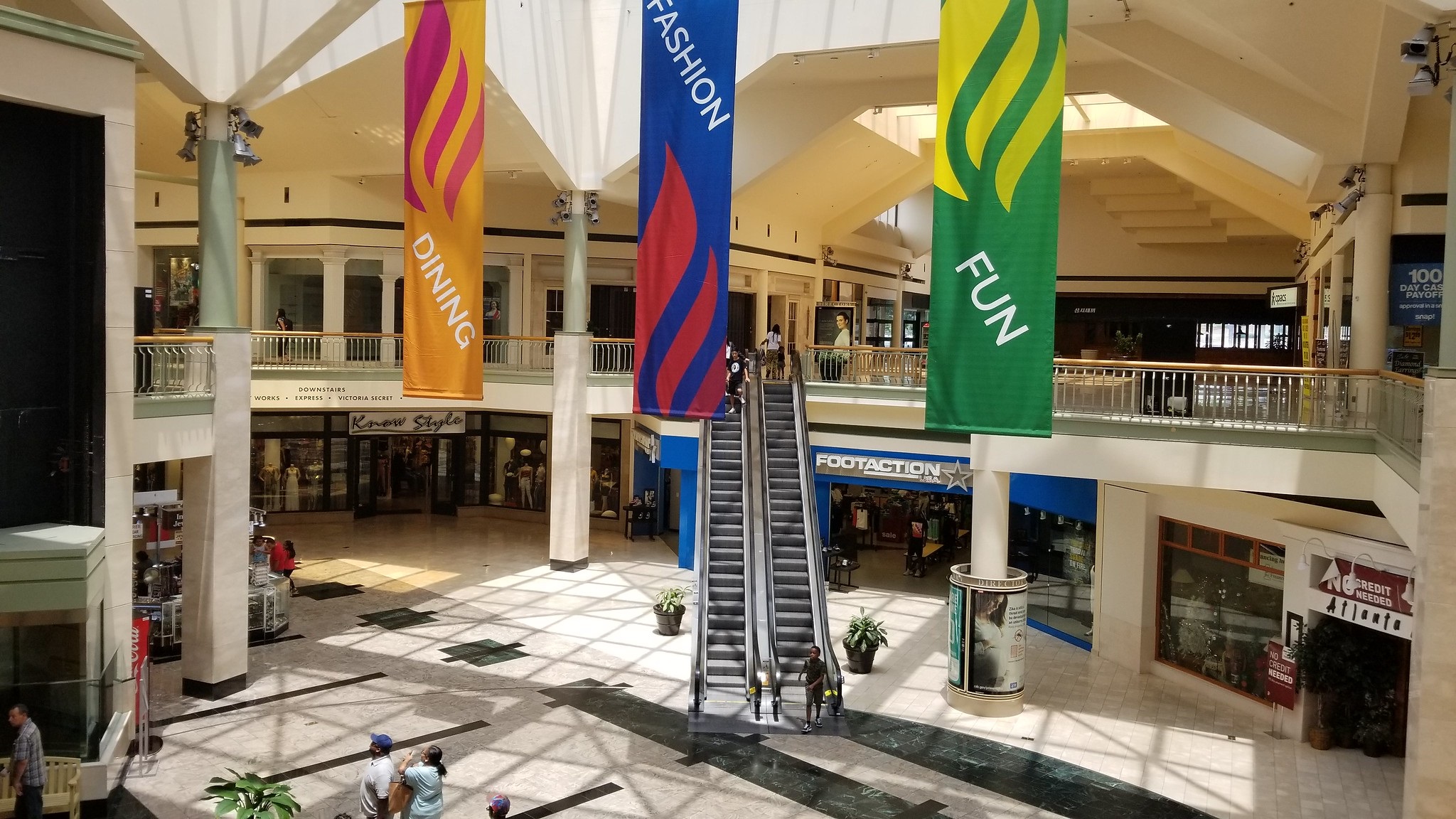 Can Struggling Atlanta Malls Be Reimagined?

In a recent blog, I made the claim that malls as we know and (once) loved them are a big challenge for the real estate industry, yet began to consider if they are more of a problem or an opportunity. A close look at three of Atlanta’s malls might offer some insight.

Macy’s recent announcement to pull out of Greenbriar Mall felt like a big deal. The department store (originally Rich’s and rebranded Macy’s in 2005) has anchored that mall since its opening in 1965.

Yet this closure is just the latest event in an existing decline of the mall and surrounding area that has been occurring for 10+ years.

Power center Camp Creek Marketplace opened nearby, and all major retailers went there. In 2011, the Magic Johnson Theatres was closed. There was also the departure of the Tyler Perry Studios, which once was a Delta Airlines campus.

The Opportunity is Huge

“The opportunity for Greenbriar is huge…it’s like a south downtown,” says Overstreet although she realizes revitalizing the mall will take a community effort. Mall owners want to “rebrand and repurpose” the mall, according to Overstreet, and the community has put forth a variety of ideas for the 90-acre property, like a “a transit hub…, more medical space, an art center and a new sustainable design.”

According to the owner, the mall is 90% occupied and profitable, but in my opinion, it is a mere shadow of the retail epicenter of the community, and none of the above ideas being discussed will be much of an improvement.

Why not pursue a major corporation to locate a HQ campus on the site, with a transit link to nearby MARTA? With corporate America’s strong interest in Atlanta (think Microsoft, Google and more), this would be a game changer.

North Point Mall: In It for the Long Haul

North Point Mall, which arguably anchors the largest concentration of retail space in Atlanta’s northern suburbs, was foreclosed on and is now owned by a lender. Apparently, there is a plan to repurpose this gigantic, 500-acre commercial area, by including both single-family and multi-family residential and by changing the nature of existing retail.

But this project is an enormous challenge and a long-term project. There is the planning and zoning, infrastructure to deal with, and, of course, securing the capital—who is going to pay for this? This is not something a lender typically does.

Plus, any update must compete with nearby Avalon and Alpharetta City Center, both of which take advantage of today’s New Urbanism trend.

Where There’s A Will…

But according to BisNow, the vision for transformation is real. The lender has named Trademark Property Co. to take over the mall’s redevelopment.

It seems like he is on the right track.

Using the Gwinnett Place Community Improvement District (CID)’s vision, the county wants to “par[e] back vacant retail space and repurpose[e] vast parking lots into housing, offices, green space and transit amenities” while ensuring the process of doing so is transparent and driven by community input.

This transformation is essential as Gwinnett is positioned to welcome a half million new residents in the next two decades, soon making it Georgia’s most populated county. Gwinnett Place CID Executive Director Joe Allen believes having all hands on-deck plus a private-public partnership are critical for success.

Control of this key property by the county makes sense; however, being in the public domain, any action or plans will receive more scrutiny and take longer to unfold. Also, the county must partner with an experienced private developer with access to large capital sources.

The transformation of these malls will occur, but because of the individual markets and circumstances, the results will be different.

One thing is certain—these are long-term projects, probably 5-10 years, and will be impacted by many external factors. What I am sure of is that successful transformation requires a new vision and the willingness to pursue that vision in the face of public resistance to change.

This has occurred elsewhere. Consider recent successes in North Carolina, Epic Games to Convert Mall to Global HQ and Transformed Mall in Morrisville Now Fully Leased through 374-Job Expansion,  and in Atlanta, Emory Moving over 1,600 Employees to Revitalizing Northlake Mall.

No doubt, this will all be a heavy lift.  I am optimistic it will happen. Only time will tell.