You are here:
Intentional Development Around Stadiums: Can It Work? 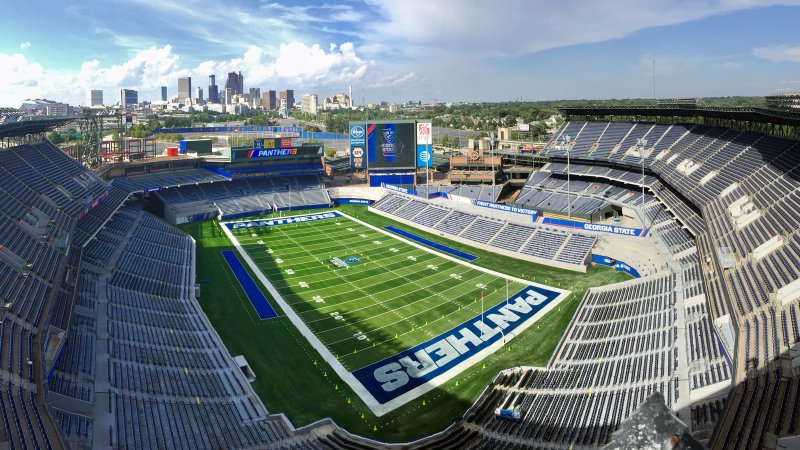 In my last blog “The Not-So-Obvious Connection Between Stadiums and Community”, I admitted my skepticism related to the community-building aspect of erecting new stadiums while acknowledging my hope for the success of such projects, like the Mercedes-Benz Stadium.

But there’s an exception. And that’s the new Georgia State Football Stadium. Once Turner Field. Once the Olympic Stadium. (In fact, did you know this is one of the longest sustainable stadiums in the history of the Olympics?)

Why do I think this example is different? It’s all in the approach. And I see private co-developers Georgia State University (GSU) and Atlanta-based Carter & Associates creating Summerhill, a development around the stadium, in an intentional and realistic way. In other words, this is not a “build it and they will come” project. GSU and Carter appear to be assessing what the community needs and then building it. To me, this type of development around stadiums makes good sense.

I believe the situation and the players will make Summerhill a success.

According to the Atlanta Journal-Constitution, here’s the project breakdown:

And perhaps that last bullet point is the most important.

According to Economist Steven Ericson, the vitality of this particular project is dependent on neighborhood buy-in. He argues the only way to avoid Summerhill being just another “stadium project” is for the neighbors to use the services to create an economic engine.

Brian Kelly, GSU’s senior associate athletics director for external affairs, understands this: “Kelly and other university representatives have attended meetings in each adjoining neighborhood to address concerns and drum up support” for the stadium.

And it appears many community members are on board although community response remains somewhat divided. A GPB.org article states community members want to see “objectives like a grocery store, after-school activities, flood prevention, walkability and jobs” be front and center in the area’s impending re-development.

As is true for most projects of this type, the article says, “Residents welcome the promise of new amenities, infrastructure and liveability but want assurances that rising property values won’t price out low-income residents.” The question remains whether GSU and Carter can make this happen.

However, other groups believe the written agreements settled in April between GSU, Carter and a community organizations collective nullifies the need for the Community Benefits Agreement. Some tenets of the existing agreement include education, safety, after-school programs, activities for the elderly and transportation. Also, GSU President Mark Becker formed a Stadium Neighborhood Engagement Committee “to continue conversations with the community groups participating in the agreement.”

So, what’s different about this project, say in comparison to the Mercedes-Benz Stadium? Part of why I find this stadium project more palpable is the process—this development is happening piece by piece—first the stadium, now the Georgia Avenue development and so on. Of course, there’s a plan, but a plan that can adapt as needed during the process due to the perhaps unforeseen requirements of the shifting community. That’s taking the long view, and I am a fan.

Also, most successful projects occur when there is already something there. In this case, you have a future commercial district sandwiched between an established, reputable university and a historic, repurposed stadium and near once-thriving neighborhoods with the strong desire to improve their communities.

Will there be hiccups along the way? Unintended effects to community stability? Perhaps. But the co-development team is off to a purposeful start. Therefore, I think this project could easily head into extra innings.

What is your take on the new Georgia State Football Stadium and the Summerhill development?