You are here:
The Atlanta Beltline: Will the Westside Trail Match the Eastside Trail’s Success? 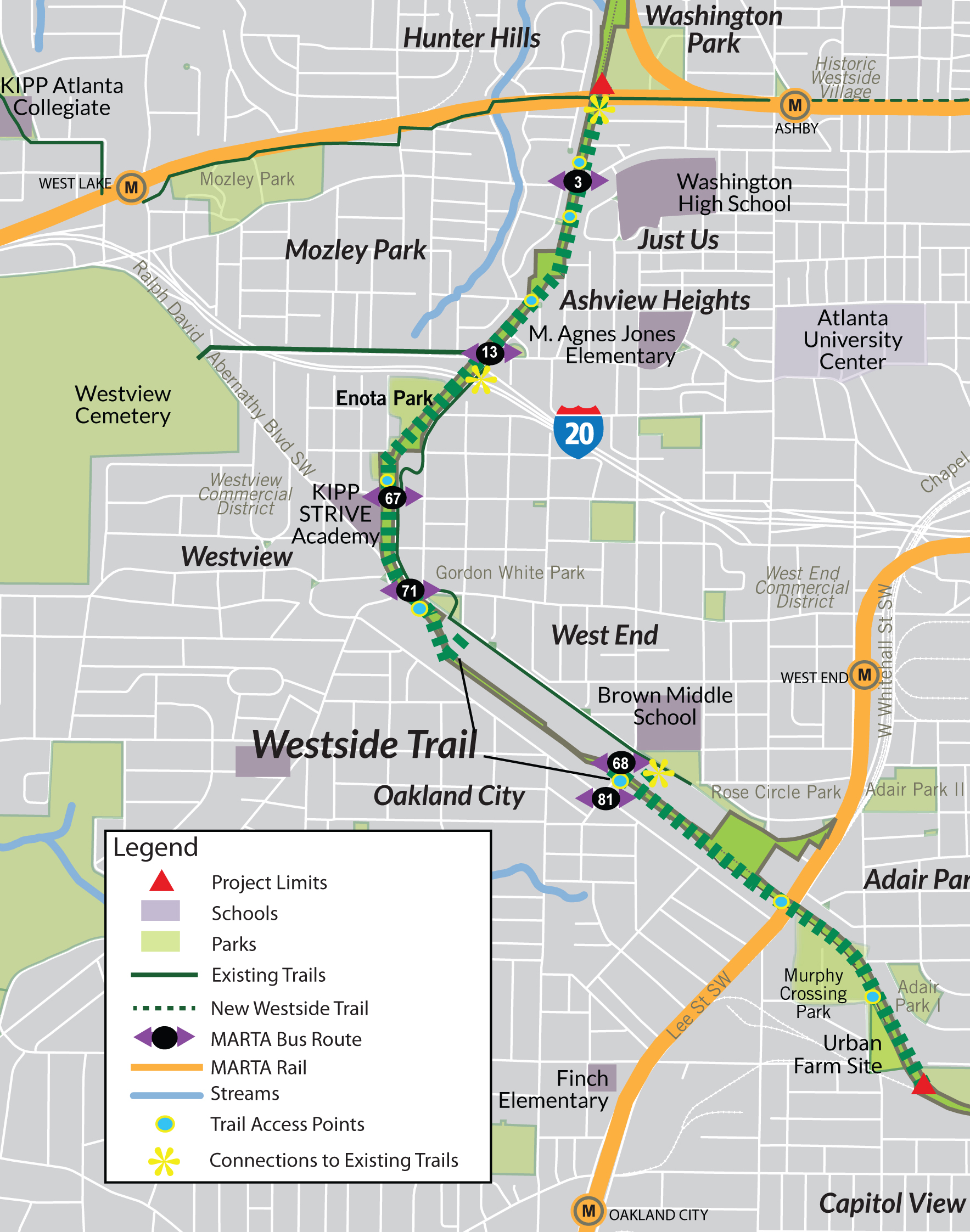 In a recent blog, I introduced the current sensation that is the Atlanta Beltline. The official website defines the beltline as “a sustainable redevelopment project that is transforming the city… [and will] ultimately connect 45 intown neighborhoods via a 22-mile loop of multi-use trails, modern streetcar, and parks – all based on railroad corridors that formerly encircled Atlanta.”

The completed Eastside Trail has already enjoyed tremendous success as most visionaries and developers expected it would. Now, the Westside Trail is being developed, which is indeed exciting, but has led some developers and investors to question whether it will garner the same success and reception as its Eastside counterpart.

Let’s take a look at both projects.

Since its inception, $860 million has been invested within a half-mile of the Eastside Trail, which is a two-mile segment that connects Midtown and Old Fourth Ward neighborhoods.

The Eastside Trail has gained momentum for the following reasons:

By contrast, here are the existing characteristics of the Westside Trail area:

With that said, the City of Atlanta and some developers are banking on the success of the Westside Trail. According to the Atlanta Business Chronicle, the Westside Trail, when completed, will be a three-mile path connecting Lena Avenue in Washington Park and University Avenue in Adair Park as well as four schools, four parks and 12 neighborhoods in the 30310 zip code.

The Great Recession hit this area hard, with many homes vacant, boarded or in foreclosure. The hope is this trail, with 14 access points and some ramps and stairs, will rejuvenate the neighborhoods although the article states “most agree it’s going to look different and take longer…” Construction began in early 2015 and should be completed in August 2017.

And Stream Realty Partners sees just that. They purchased 23 acres of post-World War II warehouses and plan to develop a $30 million multi-tenant manufacturing plus tasting room facility with a half-mile of trail frontage and 426,000 square feet of warehouse space. With already 80,000 square feet leased, popular Monday Night Brewing will be the anchor and other local brands, like Honeysuckle Gelato, Southern Aged and Doux South Pickles have signed on as well. While a good concept, will it have the lure of a Ponce City Market?

There’s no question that this redevelopment is a huge improvement over what exists now. However, this vision will take a long time to come to fruition, and financial speedbumps are likely. The real estate landscape includes multiple properties that are doing well now, but were short-term financial failures. A notable example is the Memorial Drive Corridor, which is finally emerging after the 2007-09 Recession sunk all the developers and investors with similar dreams.

As an investor, I’m cautious and for good reason. Still, there are realtors out there saying demand for Adair Park homes has shot up and will only continue to grow in 2017. I want to believe this area can be successful because it could offer some much-needed affordable housing in Atlanta, but only time will tell if it will be as successful as its Eastside counterpart.

Do you think the Atlanta Beltline’s Westside Trail will be successful? What will that success look like?